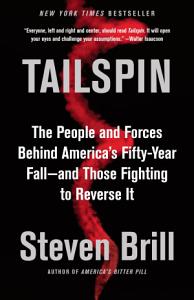 In this revelatory narrative covering the years 1967 to 2017, Steven Brill gives us a stunningly cogent picture of the broken system at the heart of our society. He shows us how, over the last half century, America’s core values—meritocracy, innovation, due process, free speech, and even democracy itself—have somehow managed to power its decline into dysfunction. They have isolated our best and brightest, whose positions at the top have never been more secure or more remote. The result has been an erosion of responsibility and accountability, an epidemic of shortsightedness, an increasingly hollow economic and political center, and millions of Americans gripped by apathy and hopelessness. By examining the people and forces behind the rise of big-money lobbying, legal and financial engineering, the demise of private-sector unions, and a hamstrung bureaucracy, Brill answers the question on everyone’s mind: How did we end up this way? Finally, he introduces us to those working quietly and effectively to repair the damages. At once a diagnosis of our national ills, a history of their development, and a prescription for a brighter future, Tailspin is a work of riveting journalism—and a welcome antidote to political despair. 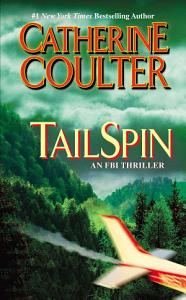 Agents Savich and Sherlock travel to the Kentucky mountains to discern the fates of a missing special agent and a doctor who is being protected by the FBI, only to find the case further complicated by a young woman on the run and the doctor's mental deterioration. 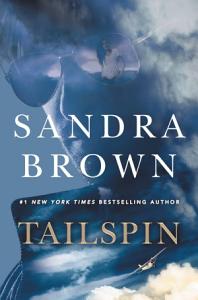 Don't miss the spine tingling suspense and tantalizing romance in this thriller about a daring pilot caught in a race against time from #1 New York Times bestselling author Sandra Brown. Rye Mallett, a fearless "freight dog" pilot charged with flying cargo to far-flung locations, is often rough-spoken and all business, but soft on regulations when they get in the way of meeting a deadline. But he does have a rock-solid reputation: he will fly in the foulest weather, day or night, and deliver the goods safely to their destination. So when Rye is asked to fly into a completely fogbound northern Georgia town and deliver a mysterious black box to a Dr. Lambert, he doesn't ask questions. As Rye's plane nears the isolated landing strip, more trouble than inclement weather awaits him. He is greeted first by a sabotage attempt on his plane that causes him to crash land, and then by Dr. Brynn O'Neal, who claims she was sent for the box in Dr. Lambert's stead. Despite Rye's "no-involvement" policy when it comes to other people's problems, he finds himself irresistibly drawn to the intrigue surrounding his cargo . . . and to the mysterious and alluring Brynn. Soon Rye and Brynn are in a treacherous forty-eight-hour race to deliver the box before time runs out. With everyone from law enforcement officials to hired thugs hot on their heels, they must learn to trust each other so they can protect their valuable cargo from those who would kill for it. 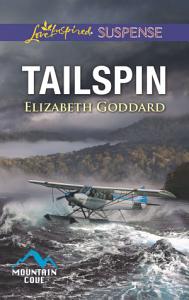 DIVING INTO DANGER Nothing can stop Sylvie Masters from scuba diving to find her mother's downed plane—except possibly the hit man determined to keep the truth from surfacing. When brave bush pilot Will Pierson comes to her rescue, she knows she can still reach her goal, but she needs his help. Will wants answers about the crash, too, especially since his mother was the missing plane's pilot. He'll be the hero Sylvie needs, but can he ever trust her? Sylvie is shrouded in secrets that keep leading her back to Mountain Cove. Secrets someone will kill for. Will may protect her, yet no one can persuade her to end her search…not even a killer. Mountain Cove: In the Alaskan wilderness, love and danger collide. 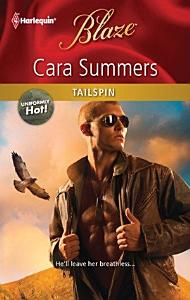 Subject: Air Force Captain Nash Fortune Current Status: On assignment, teaching at the Air Force Academy Mission: Brief his former flame on long–ago event. Full disclosure. Obstacle: Their past. Their future. And a very distracting present! Bianca Quinn makes her living writing true–crime books. Her latest book is about a decade–old case involving a missing cadet- a case somebody doesn't want opened. And her best source of intel? None other than her still–way–too–hot high–school sweetheart, Nash Fortune…. But this is no sweet, shy reunion. That same heated chemistry is still very potent, and Bianca and Nash find themselves losing control-fast! Can they pull out of the tailspin…or do they dare find out just how far this desire might go? 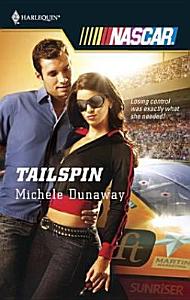 Personal trainer Terri Whalen breathes car exhaust fumes the way other people breathe air. Born and bred into a NASCAR family, Terri travels the race circuit and ensures the drivers are in great shape. Her rule: job first. Men always seem to want more than Terri can give…until she meets Max Harper. Max is a good-looking single dad, and the spark plugs between the two start firing almost immediately. When Terri brings Max and his daughter to experience the "behind-the-scenes" world of NASCAR, it's immediately obvious that business has turned into pleasure. But when Max's ex-wife shows up in a bid to reunite her family, Terri will have to decide whether to surrender…or fight! 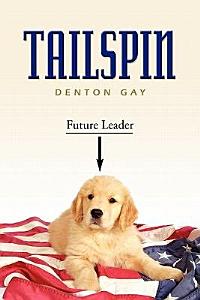 In this political satire, an inventor releases the proverbial genie from the bottle by using modern technology. His creation triggers the journey of a sensible dog named Dorothy who decides to better the lives of dogs and humankind. Unconditional love and the special powers of dogs propel her adventures through obscurity to power while spoofing many popular figures in today's media. Her story peaks when she catapults our two-party political system into a real TAILSPIN. 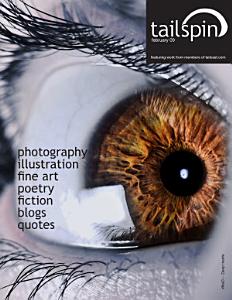 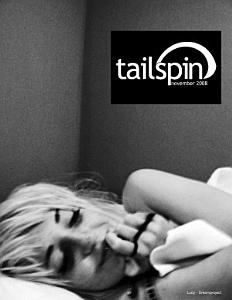 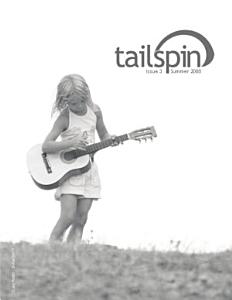 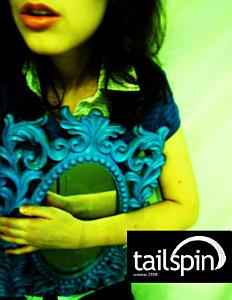 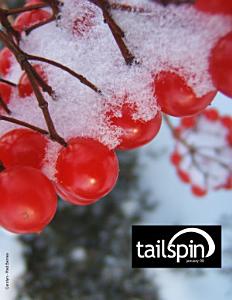 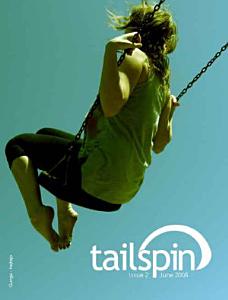 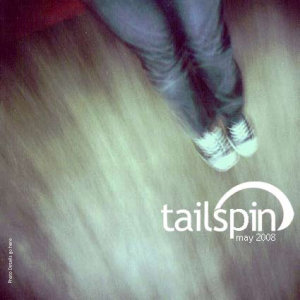 GET BOOK
Tailspin May 2008 Book Review: 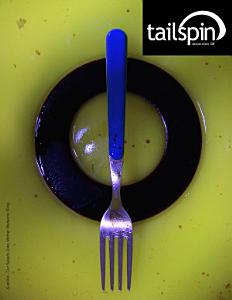 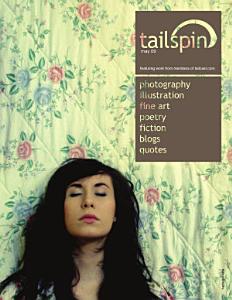 GET BOOK
Tailspin May 09 Book Review: 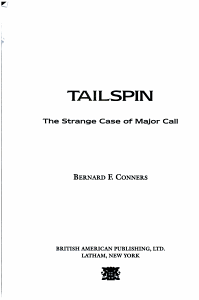 Written by former FBI agent and best-selling author Bernard F. Conners, Tailspin is a suspenseful true crime narrative which contains stunning revelations regarding Major James Call's role as Marilyn Sheppard's killer. It has received glowing endorsements from some of the top law enforcement and literary figures in America. 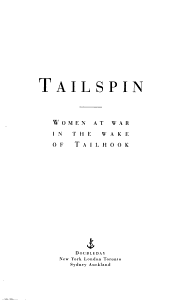 Chronicles the 1991 Tailhook affair involving the U.S. Navy and traces its effects on the role of women in combat, focusing on the struggle of women fighter pilots for equality with their male counterparts. 35,000 first printing. $25,000 ad/promo. Tour. 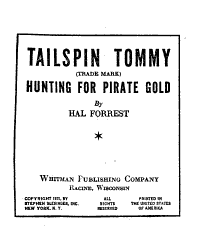 Tailspin Tommy and his friends fly to the island of Tortuga to search for pirate treasure. 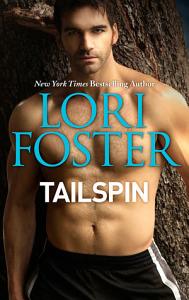 In this smouldering fan-favourite tale from New York Times best-selling author Lori Foster, lumberyard owner Buck Boswell prides himself on his way with women—but his prickly neighbour Sadie Harte seems immune to his charms. Is she really as aloof as she acts, or can Buck convince her to take a chance on the guy next door?