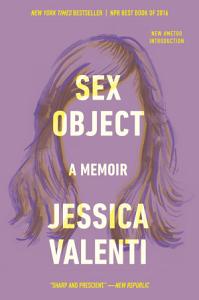 New York Times Bestseller NPR Best Book of 2016 “Sharp and prescient… The appeal of Valenti’s memoir lies in her ability to trace objectification through her own life, and to trace what was for a long time her own obliviousness to it…Sex Object is an antidote to the fun and flirty feminism of selfies and self-help.” — New Republic Author and Guardian US columnist Jessica Valenti has been leading the national conversation on gender and politics for over a decade. Now, in a darkly funny and bracing memoir, Valenti explores the toll that sexism takes from the every day to the existential. Sex Object explores the painful, funny, embarrassing, and sometimes illegal moments that shaped Valenti’s adolescence and young adulthood in New York City, revealing a much shakier inner life than the confident persona she has cultivated as one of the most recognizable feminists of her generation. In the tradition of writers like Joan Didion and Mary Karr, this literary memoir is sure to shock those already familiar with Valenti’s work and enthrall those who are just finding it.

New York Times Bestseller “Sharp and prescient… The appeal of Valenti’s memoir lies in her ability to trace objectification through her own life, and to trace what was for a long time her own obliviousness to it…Sex Object is an antidote to the fun and flirty feminism of selfies and self-help.” – New Republic Hailed by the Washington Post as “one of the most visible and successful feminists of her generation,” Jessica Valenti has been leading the national conversation on gender and politics for over a decade. Now, in a memoir thatPublishers Weekly calls “bold and unflinching,” Valenti explores the toll that sexism takes on women’s lives, from the everyday to the existential. From subway gropings and imposter syndrome to sexual awakenings and motherhood, Sex Object reveals the painful, embarrassing, and sometimes illegal moments that shaped Valenti’s adolescence and young adulthood in New York City. In the tradition of writers like Joan Didion and Mary Karr, Sex Object is a profoundly moving tour de force that is bound to shock those already familiar with Valenti’s work, and enthrall those who are just finding it. 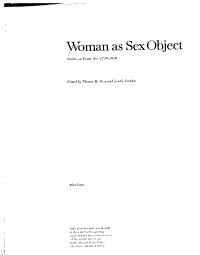 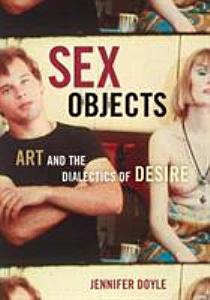 The declaration that a work of art is “about sex” is often announced to the public as a scandal after which there is nothing else to say about the work or the artist-controversy concludes a conversation when instead it should begin a new one. Moving beyond debates about pornography and censorship, Jennifer Doyle shows us that sex in art is as diverse as sex in everyday life: exciting, ordinary, emotional, traumatic, embarrassing, funny, even profoundly boring. Sex Objects examines the reception and frequent misunderstanding of highly sexualized images, words, and performances. In chapters on the “boring parts” of Moby-Dick, the scandals that dogged the painter Thomas Eakins, the role of women in Andy Warhol's Factory films, “bad sex” and Tracey Emin's crudely evocative line drawings, and L.A. artist Vaginal Davis's pornographic parodies of Vanessa Beecroft's performances, Sex Objects challenges simplistic readings of sexualized art and instead investigates what such works can tell us about the nature of desire. In Sex Objects, Doyle offers a creative and original exploration of how and where art and sex connect, arguing that to proclaim a piece of art “about sex” reveals surprisingly little about the work, the artist, or the spectator. Deftly interweaving anecdotal and personal writing with critical, feminist, and queer theory, she reimagines the relationship between sex and art in order to better understand how the two meet-and why it matters. Jennifer Doyle is associate professor of English at the University of California, Riverside. She is coeditor, with Jonathan Flatley and Jos Esteban Muoz, of Pop Out: Queer Warhol. 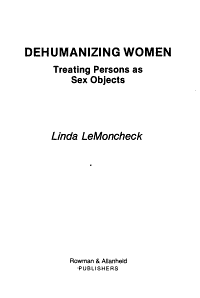 The book is designed to be of interest to women's studies students wishing an introduction to a specifically philosophical analysis of the problem of sex objectification, as well as to philosophers interested in the contemporary moral issues of sexism and sex stereotyping. 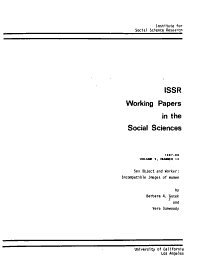 From Sex Objects to Sexual Subjects 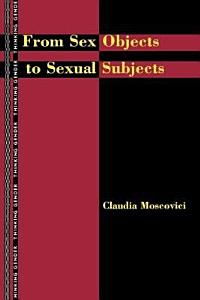 GET BOOK
From Sex Objects to Sexual Subjects Book Review:

In From Sex Objects to Sexual Subjects, Claudia Moscovici investigates various historical formulations of subjects and subjectivity as expressed in the works of Rousseau, Diderot and Kant in order to discuss several contemporary feminist and philosophical critiques of these theories. By tracing the continuities and ruptures between these eighteenth-century philosophical doctrines and the modern writings of Michel Foucault, Judith Butler, Luce Irigaray and others, Moscovici is able to trace the development of certain central debates that organize both current scholarly work and contemporary social life. Moscovici's reading of these historically disparate claims about subjectivity in conjunction with each other brings together two of the most pressing discussions in current critical feminist theory: the wide-ranging discussion of "post-modern" subjectivities, and the debates about public discourse and shared public spaces. The book offers a well-grounded critique of both masculinist and universalist theories of subjectivity, and also proposes an alternative formulation of "partial" democratic citizenship based upon more egalitarian codes of democratic justice and representation.

Philosophy of Love, Sex, and Marriage 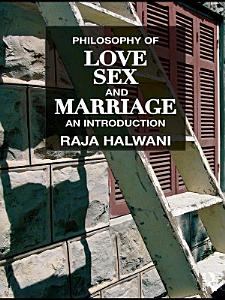 GET BOOK
Philosophy of Love, Sex, and Marriage Book Review:

How is love different from lust or infatuation? Do love and marriage really go together “like a horse and carriage”? Does sex have any necessary connection to either? And how important are love, sex, and marriage to a well-lived life? In this lively, lucid, and comprehensive textbook, Raja Halwani pursues the philosophical questions inherent in these three important aspects of human relationships, exploring the nature, uses, and ethics of romantic love, sexuality, and marriage. 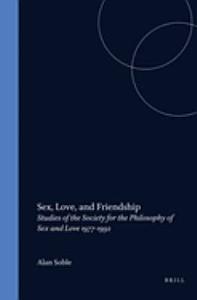 This collection joins together sixty essays on the philosophy of love and sex. Each was presented at a meeting of The Society for the Philosophy of Sex and Love held between 1977 and 1992 and later revised for this edition. Topics addressed include ethical and political issues (AIDS, abortion, homosexual rights, and pornography), conceptual matters (the nature, essence, or definition of love, friendship, sexual desire, and perversion); the study of classical and historical figures (Plato, Aristotle, Spinoza, Kant, and Kierkegaard); and issues in feminist theory (sexual objectification, the social construction of female sexuality, reproductive and marital arrangements). Authors include Jerome Shaffer, Sandra Harding, Michael Ruse, Richard Mohr, Russell Vannoy, Claudia Card, M.C. Dillon, Gene Fendt, Steven Emmanuel, T.F. Morris, Timo Airaksinen, and Sylvia Walsh. The editor, who is the author of Pornography (1986), The Structure of Love (1990), and Sexual Investigations (1996), has also contributed six pieces and an Introduction. 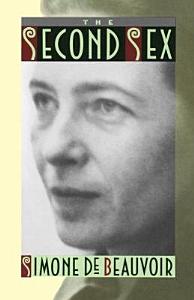 The classic manifesto of the liberated woman, this book explores every facet of a woman's life.

*CATCH THE TV ADAPTATION OF SHRILL ON BBC3 NOW* 'Women are told, from birth, that it's our job to be small: physically small, small in our presence, and small in our impact on the world. We're supposed to spend our lives passive, quiet and hungry. I want to obliterate that expectation...' Guardian columnist Lindy West wasn't always loud. It's difficult to believe she was once a nerdy, overweight teen who wanted nothing more than to be invisible. Fortunately for women everywhere, along the road she found her voice - and how she found it! That cripplingly shy girl who refused to make a sound, somehow grew up to be one of the loudest, shrillest, most fearless feminazis on the internet, making a living standing up for what's right instead of what's cool. In Shrill, Lindy recounts how she went from being the butt of people's jokes, to telling her own brand of jokes - ones that carry with them with a serious message and aren't at someone else's expense. She reveals the obstacles and stereotyping she's had to overcome to make herself heard, in a society that doesn't think women (especially fat women and feminists) are or can be funny. She also tackles some of the most burning issues of popular culture today, taking a frank and provocative look at racism, oppression, fat-shaming, twitter-trolling and even rape culture, unpicking the bullshit and calling out unpalatable truths with conviction, intelligence and a large dose of her trademark black humour. 'Lindy West is an essential (and hilarious) voice for women. Her talent and bravery have made the Internet a place I actually want to be.' Lena Dunham

Sex from Plato to Paglia: M-Z 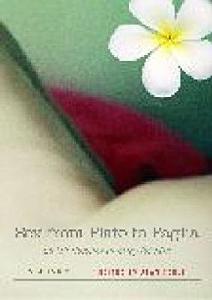 GET BOOK
Sex from Plato to Paglia: M-Z Book Review:

More than 150 alphabetically arranged entries on topics, thinkers, religions, movements, and concepts locate sexuality in its humanistic and social contexts. 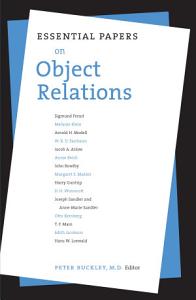 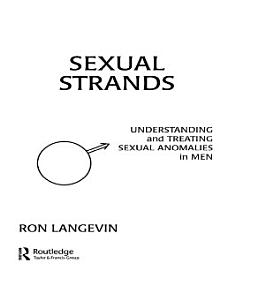 Homosexuality, transsexualism, bisexuality, pedophilia, sexual aggression and rape, fetishism, physical abnormalities, and sexual dysfunction are among the sexual anomalies discussed in this timely and comprehensive review. The origins and treatment of unusual sexual behaviors are analyzed from the perspective of orgasmic preference and are illustrated with clinical case examples drawn from the author's many years of work in research and treatment of sexual anomalies.

Sex Objects in the Sky 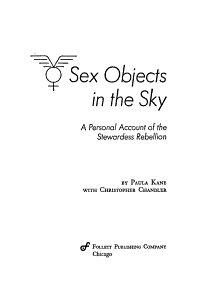 GET BOOK
Sex Objects in the Sky Book Review:

The History of Sexuality 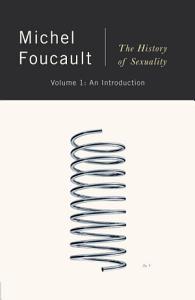 GET BOOK
The History of Sexuality Book Review:

Michel Foucult offers an iconoclastic exploration of why we feel compelled to continually analyze and discuss sex, and of the social and mental mechanisms of power that cause us to direct the questions of what we are to what our sexuality is. 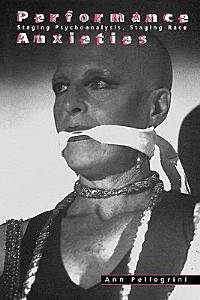 Performance Anxieties looks at the on-going debates over the value of psychoanalysis for feminist theory and politics--specifically concerning the social and psychical meanings of racialization. Beginning with an historicized return to Freud and the meaning of Jewishness in Freud's day, Ann Pellegrini indicates how "race" and racialization are not incidental features of psychoanalysis or of modern subjectivity, but are among the generative conditions of both. Performance Anxieties stages a series of playful encounters between elite and popular performance texts--Freud meets Sarah Bernhardt meets Sandra Bernhard; Joan Riviere's masquerading women are refigured in relation to the hard female bodies in the film Pumping Iron II: The Women; and the Terminator and Alien films. In re-reading psychoanalysis alongside other performance texts, Pellegrini unsettles relations between popular and elite, performance and performative.

Three Contributions to the Theory of Sex 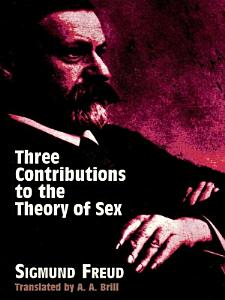 GET BOOK
Three Contributions to the Theory of Sex Book Review:

DIVLandmark study examines sexual aberrations, infantile sexuality, and the transformations of puberty. A "unique" work, according to translator A. A. Brill, invaluable to students as well as teachers and other professionals. /div