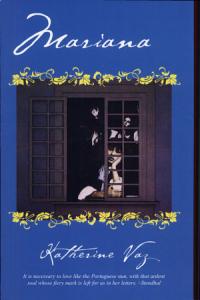 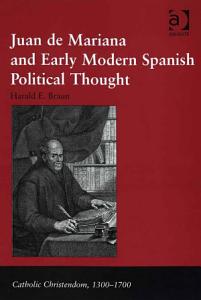 The Jesuit Juan de Mariana (1535-1624) is one of the most misunderstood authors in the history of political thought. His treatise De rege et regis institutione libri tres (1599) is dedicated to Philip III of Spain. It was to present the principles of statecraft by which the young king was to abide. Yet soon after its publication, Catholic and Calvinist politiques in France started branding Mariana a regicide. De rege was said to empower the private individual to kill a legitimate king. Its 'pernicious doctrines' were blamed for the murder of Henry IV in 1610, and it was burned at the order of the parlement of Paris. Modern historians have tended to build on this interpretation and consider De rege a stepping stone towards modern pluralist and democratic thought. Nothing could be further from the truth. The notion of Mariana as an uncompromising theorist of resistance is in fact based on the distorted reading of a few select sentences from the first book of the treatise. This study offers a radical departure from the old view of Mariana as an early modern constitutionalist thinker and advocate of regicide. Thorough analysis of the text as a whole reveals him to be a shrewd and creative operator of political language as well as a champion of the church and bishops of Castile. The argument as a whole is informed by a Catholic-Augustinian view of human nature. Mariana's bleak, at times downright cynical view of man imparts focus and coherence to a text that challenges well established terminological boundaries and political discourses. In the first instance, his deeply pessimistic appraisal of human virtue justifies his disregard of positive law. He is thus able to mould diverse elements extracted from Roman and canon law, scholastic theology and humanist literature into a deliberately equivocal discourse of reason of state. Finally, this secular interpretation of the world of politics is cleverly yoked to a thoroughly clerical agenda of reform. In fact, reason of state is made to propagate an episcopal monarchy. De rege is exceptional in that it strings together a curious scholastic theory of the origins of society, a conservative ideology of absolute monarchy and a breathtakingly radical vision of theocratic renewal of Spanish government and society. Juan de Mariana and Early Modern Political Thought elucidates the differentiated nature of political debate in Habsburg Spain. It confirms the complexity of Spanish political life in the later sixteenth and early seventeenth century. Complementing recent work on Catholic political thought, the European reception of Machiavelli, and Spanish Habsburg government, this study offers a more complete and holistic picture of early modern Spanish political culture. 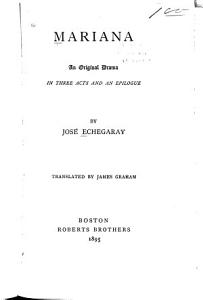 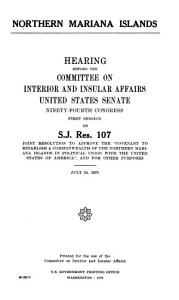 Commonwealth of the Northern Mariana Islands 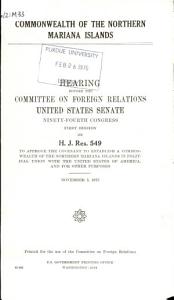 GET BOOK
Commonwealth of the Northern Mariana Islands Book Review: 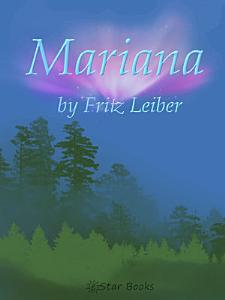 Jonathan told her not to touch the switches, but it was cold and lonely and isolated...ExcerptMariana had been living in the big villa and hating the tall pine trees around it for what seemed like an eternity when she found the secret panel in the master control panel of the house. The secret panel was simply a narrow blank of aluminum-she'd thought of it as room for more switches if they ever needed any, perish the thought! - between the air-conditioning controls and the gravity controls. Above the switches for the three dimensional TV but below those for the robot butler and maids. Jonathan had told her not to fool with the master control panel while he was in the city, because she would wreck anything electrical, so when the secret panel came loose under her aimlessly questing fingers and fell to the solid rock floor of the patio with a musical twing her first reaction was fear. Then she saw it was only a small blank oblong of sheet aluminum that had fallen and that in the space it had covered was a column of six little switches. Only the top one was identified. Tiny glowing letters beside it spelled trees and it was on. When Jonathan got home from the city that evening she gathered her courage and told him about it. He was neither particularly angry nor impressed. "Of course there's a switch for the trees," he informed her deflatingly, motioning the robot butler to cut his steak.

Commonwealth of the Northern Mariana Islands, 2000 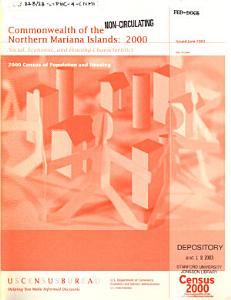 GET BOOK
Commonwealth of the Northern Mariana Islands, 2000 Book Review: 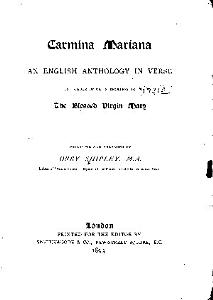 The Scientific Bases for Preservation of the Mariana Crow 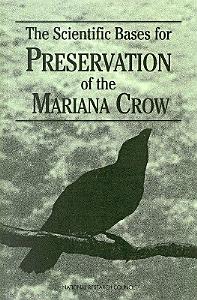 GET BOOK
The Scientific Bases for Preservation of the Mariana Crow Book Review:

This book, while focusing on current preservation challenges posed by the Aga, or Mariana crow, also reflects the larger issues and challenges of biodiversity conservation in all oceanic island ecosystems. It evaluates causes for the continuing decline of the Aga, which exists on only the two southernmost islands in the Mariana archipelago, Guam and Rota, and reviews actions to halt or reverse the decrease. This book reminds us of the importance and challenge of preserving the unique environmental heritage of islands of the Mariana archipelago, the need for increased knowledge to restore and maintain native species and habitats, and the compelling and lasting value of extensive public education to stimulate environmentally informed public policy development.

The Scientific Bases for Preservation of the Mariana Crow 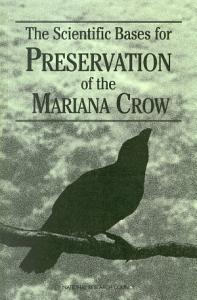 GET BOOK
The Scientific Bases for Preservation of the Mariana Crow Book Review:

This book, while focusing on current preservation challenges posed by the Aga, or Mariana crow, also reflects the larger issues and challenges of biodiversity conservation in all oceanic island ecosystems. It evaluates causes for the continuing decline of the Aga, which exists on only the two southernmost islands in the Mariana archipelago, Guam and Rota, and reviews actions to halt or reverse the decrease. This book reminds us of the importance and challenge of preserving the unique environmental heritage of islands of the Mariana archipelago, the need for increased knowledge to restore and maintain native species and habitats, and the compelling and lasting value of extensive public education to stimulate environmentally informed public policy development. 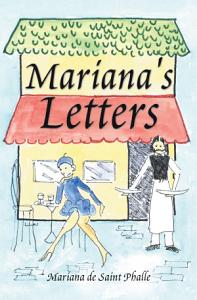 "Mariana's Letter" is a cookbook written as you would write a note to a friend. This book comes from the many newsletters I wrote over the years. The recipes come from many sources but are mainly French and American. I have tried to stay away from recipes that have too many or hard to find ingredients or require too much to be done at the last minute. Recipes are often accompanied by stories, true or fictional. You do not have to be a cook to enjoy reading this book - only to enjoy the thought of a good meal and listening to a good story.I have always followed the rule that if one can not taste the recipe by reading it, it is better to discard it for one that tastes good in your head. I have spent some time in France as well as Washington, D.C., New York City and the Rangeley Lakes of Northwestern Maine and I come from a family of writers who loved to cook and tell stories 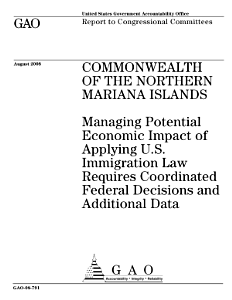 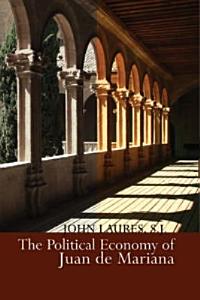 Commonwealth of the Northern Mariana Islands: Pending Legislation Would Apply U.S. Immigration Law to the CNMI with a Transition Period 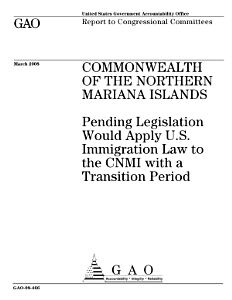 GET BOOK
Commonwealth of the Northern Mariana Islands: Pending Legislation Would Apply U.S. Immigration Law to the CNMI with a Transition Period Book Review: 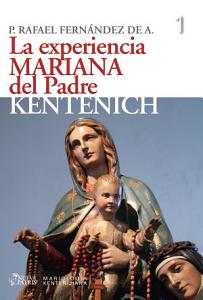 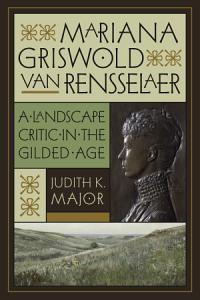 Mariana Griswold Van Rensselaer (1851–1934) was one of the premier figures in landscape writing and design at the turn of the twentieth century, a moment when the amateur pursuit of gardening and the increasingly professionalized landscape design field were beginning to diverge. This intellectual biography—the first in-depth study of the versatile critic and author—reveals Van Rensselaer’s vital role in this moment in the history of landscape architecture. Van Rensselaer was one of the new breed of American art and architecture critics, closely examining the nature of her profession and bringing a disciplined scholarship to the craft. She considered herself a professional, leading the effort among women in the Gilded Age to claim the titles of artist, architect, critic, historian, and journalist. Thanks to the resources of her wealthy mercantile family, she had been given a sophisticated European education almost unheard of for a woman of her time. Her close relationship with Frederick Law Olmsted influenced her ideas on landscape gardening, and her interest in botany and geology shaped the ideas upon which her philosophy and art criticism were based. She also studied the works of Charles Darwin, Alexander von Humboldt, Henry David Thoreau, and many other nineteenth-century scientists and nature writers, which influenced her general belief in the relationship between science and the imagination. Her cosmopolitan education and elevated social status gave her, much like her contemporary Edith Wharton, access to the homes and gardens of the upper classes. This allowed her to mingle with authors, artists, and affluent patrons of the arts and enabled her to write with familiarity about architecture and landscape design. Identifying over 330 previously unattributed editorials and unsigned articles authored by Van Rensselaer in the influential journal Garden and Forest—for which she was the sole female editorial voice—Judith Major offers insight into her ideas about the importance of botanical nomenclature, the similarities between landscape gardening and idealist painting, design in nature, and many other significant topics. Major’s critical examination of Van Rensselaer’s life and writings—which also includes selections from her correspondence—details not only her influential role in the creation of landscape architecture as a discipline but also her contribution to a broader public understanding of the arts in America. 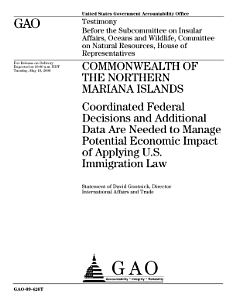 Discusses factors that will affect the potential economic impact of implementing the legislation applying U.S. immigration law to the CNMI. The CNMI has admitted substantial numbers of foreign workers. In 2005, these workers represented a majority of the CNMI labor force and out-numbered U.S. citizens in most industries, incl. garment manufacturing and tourism, which have been central to the CNMI's economy. The recent immigration legislation establishes fed. control of CNMI immigration. This testimony examines factors that will affect the potential impact of the legislation's implementation on the CNMI's labor market, particularly foreign workers; on its tourism sector; and on foreign investment in the CNMI. Illus. This is a print on demand report. 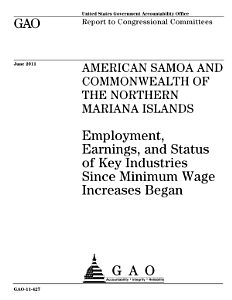 In 2007, the U.S. enacted a law incrementally raising the minimum wages in Amer. Samoa and the Commonwealth of the N. Mariana Islands (CNMI) until they equal the U.S. minimum wage. Amer. Samoa¿s minimum wage increased by 50¢ three times, and the CNMI¿s four times before legislation delayed the increases, providing for no increase in Amer. Samoa in 2010 or 2011 and none in the CNMI in 2011. Recent economic declines in both areas reflect the closure of one of two canneries in Amer. Samoa and the departure of the garment industry in the CNMI. This report describes, since the increases began: (1) employment and earnings; and (2) the status of key industries. Charts and tables. This is a print on demand report.

Commonwealth of the Northern Mariana Islands 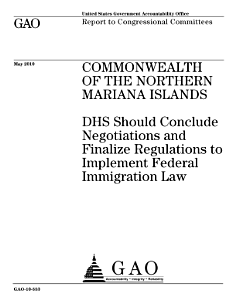 GET BOOK
Commonwealth of the Northern Mariana Islands Book Review:

In May 2008, the United States enacted the Consolidated Natural Resources Act (CNRA), amending the United States' Covenant with the Commonwealth of the Northern Mariana Islands (CNMI) to establish federal control of CNMI immigration in 2009, with several CNMI-specific provisions affecting foreign workers and investors during a transition. CNRA required this report on implementation of federal immigration law in the CNMI. The report describes the steps federal agencies have taken to: (1) secure the border in the CNMI; and (2) implement CNRA with regard to workers, visitors, and investors. The report reviewed federal laws, regulations, and agency documents; met with U.S. and CNMI officials; and observed federal operations in the CNMI. 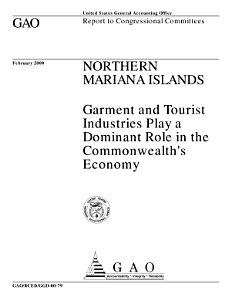