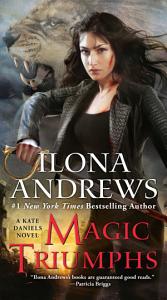 Mercenary Kate Daniels must risk all to protect everything she holds dear in this epic, can't-miss entry in the thrilling #1 New York Times bestselling urban fantasy series. Kate has come a long way from her origins as a loner taking care of paranormal problems in post-Shift Atlanta. She's made friends and enemies. She's found love and started a family with Curran Lennart, the former Beast Lord. But her magic is too strong for the power players of the world to let her be. Kate and her father, Roland, currently have an uneasy truce, but when he starts testing her defenses again, she knows that sooner or later, a confrontation is inevitable. The Witch Oracle has begun seeing visions of blood, fire, and human bones. And when a mysterious box is delivered to Kate's doorstep, a threat of war from the ancient enemy who nearly destroyed her family, she knows their time is up. Kate Daniels sees no other choice but to combine forces with the unlikeliest of allies. She knows betrayal is inevitable. She knows she may not survive the coming battle. But she has to try. For her child. For Atlanta. For the world. 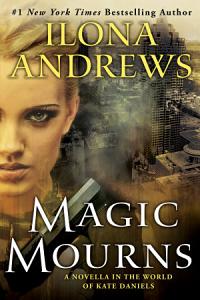 Atlanta is going to the dogs in this “sexy” (Publishers Weekly) story from the #1 New York Times bestselling author of the Kate Daniels series. Andrea Nash of the Order of Knights of Merciful Aid—with an assist from her partner, Kate Daniels—tries to figure out why the giant three-headed dog who guards the gates of Hades is sniffing around Atlanta in this tale by the author of the “edgy series” full of “complex world-building and skilled characterizations” (Library Journal). 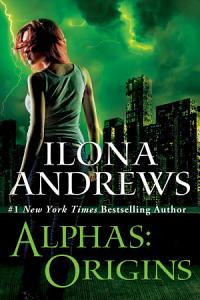 From Ilona Andrews—#1 New York Times bestselling author of Magic Shifts and the Kate Daniels novels—comes a stark, seductive tale of a world torn asunder by supernatural gifts and irresistible passions... Karina Tucker is driving a van of children home from a field trip when an unplanned detour to a seemingly ordinary rest stop changes her life. There, she witnesses a world beyond humanity’s sight, of frightful powers and chaos, where she is in death’s grip...before an irresistibly dangerous male saves her—only to take her captive. For she is a rare commodity in the shadowy realm she’s entered. Karina soon finds herself caught in a violent civil war where those with inhuman powers strive to destroy each other without mercy. And it becomes all too clear that she must make a choice: submit and become a pawn, or take hold of her own destiny and fight for survival against impossible odds. Alphas: Origins originally appeared in Angels of Darkness. Praise for Ilona Andrews and the Kate Daniels Novels “Ilona Andrews pens my favorite flavor of keeper novel: tough characters, marvelous voice, fast-paced with that sharp edge of humor that adds the final grace note.”—Patricia Briggs, #1 New York Times bestselling author of Fire Touched “One of the brightest voices in urban fantasy. Ilona Andrews delivers only the best.”—Jeaniene Frost, New York Times bestselling author of Bound by Flames “Gritty sword-clashing action and flawless characterizations will bewitch fans.”—Sacramento Book Review INCLUDES A TEASER FOR MAGIC SHIFTS 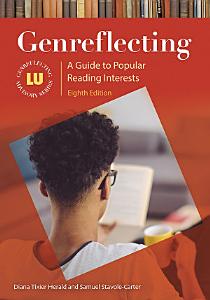 Librarians who work with readers will find this well-loved guide to be a treasure trove of information. With descriptive annotations of thousands of genre titles mapped by genre and subgenre, this is the readers' advisor's go-to reference. • Helps librarians answer the challenging question "What should I read next?" • Helps LIS students understand popular genres and better select books for which readers are looking • Serves as a starting point for library patrons looking for their next read 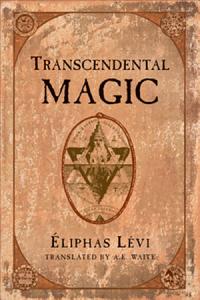 This is Eliphas Levi's (1810-1875) best-known book. This work arguably made Levi THE most influential writer on magic since the Renaissance. Originally issued in French, the English translator is A.E. Waite and it is doubtful that anyone else could have better captured the essence of Levi's work. The book is divided in two parts; the first is theoretical, the second practical. This is a fascinating and often debated work involving a discussion that covers almost the entire realm of Ritual and High Magic.

The Doctrine of Transcendental Magic 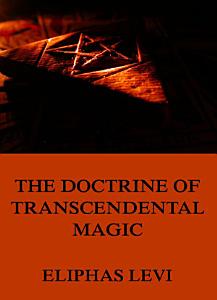 GET BOOK
The Doctrine of Transcendental Magic Book Review:

This is the complete English version of Eliphas Levi's treatise on ritual magic. This work is in two parts: in this one we establish the kabalistic and magical doctrine in its entirety; the other one, called "The Ritual of Transcendental Magic", is consecrated to the cultus, that is, to Ceremonial Magic. The one is that which the ancient sages termed the Clavicle, the other that which people on the country-side still call the Grimoire. The numbers and subjects of the chapters which correspond in both parts, are in no sense arbitrary, and are all indicated in the great universal key, of which we give for the first time a complete and adequate explanation. Let this work now go its way where it will and become what Providence determines; it is finished, and we believe it to be enduring, because it is strong, like all that is reasonable and conscientious. Contents: Introduction The Candidate The Pillars Of The Temple The Triangle Of Solomon The Tetragram The Pentagram Magical Equilibrium The Fiery Sword Realization Initiation The Kabalah The Magic Chain The Great Work Necromancy Transmutations Black Magic Bewitchments Astrology Charms And Philtres The Stone Of The Philosophers – Elagabalus The Universal Medicine Divination Summary And General Key Of The Four Secret Sciences 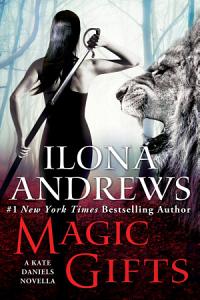 Now available individually for the first time, a Kate Daniels novella from the #1 New York Times bestselling author of Magic Triumphs. It isn’t often that Kate Daniels and the Beast Lord Curran get to take a break from protecting their pack and enjoy some time for themselves. So when Curran offers Kate a romantic dinner in town, there’s no way she’s going to pass. But their quiet night doesn’t stay quiet for long. The trouble starts with a necromancer dying at a nearby table, continues with bloodthirsty vampires crashing though the windows, and ends with more blood on the walls than any dining establishment needs. Pulled into a deadly game neither wants to play, Kate and Curran find themselves dealing with the vile undead and tolerating a clan of maniacal, hard partying Vikings while desperately trying to save the life of an innocent child... Magic Gifts previously appeared in Gunmetal Magic. INCLUDES AN EXCERPT OF MAGIC SHIFTS 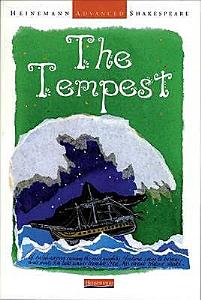 GET BOOK
The Tempest Book Review:

The Heinemann Advanced Shakespeare series specifically focuses on preparing students for their exams. Teachers find that the accessible notes and end-of-act activities really help students understand the text and encourage them to develop their own insights.

One Team, One Heartbeat 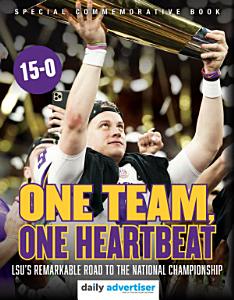 GET BOOK
One Team, One Heartbeat Book Review:

One Team, One Heartbeat: LSU's Remarkable Road to the National Championship is the unforgettable story of the Tigers' dominant 2019 season, culminating in a perfect record and the fourth national title in program history, told through dynamic photography, stories, and analysis from The Daily Advertiser and USA TODAY Network.The 2019 LSU Tigers ran roughshod over college football, powered by a historic offense led by Heisman Trophy&–winning quarterback Joe Burrow. The superstar quarterback was joined by the speedy Clyde Edwards-Helaire at running back, and an explosive trio of wide receivers &– Ja'Marr Chase, Justin Jefferson, and Terrace Marshall Jr. &– to put up points in bunches and make life easy for a defense that rapidly improved down the stretch of the season. Coach O &– Louisiana native Ed Orgeron &– and his one of a kind moxie brought the high-powered operation together to a perfect SEC season, a decisive win over Georgia in the conference championship game, a drubbing of Oklahoma in the Peach Bowl, and sweetest of all, put an end to Clemson's 29-game winning streak and brought a championship back to Baton Rouge.From the unbelievable regular season run, to the unforgettable personalities that made up this championship team, and on through the magical completion of a perfect season down the road in New Orleans, this commemorative edition is a must-have for any true LSU fan. 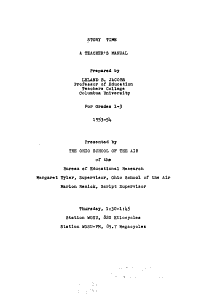 The Cowardly Lion of Oz 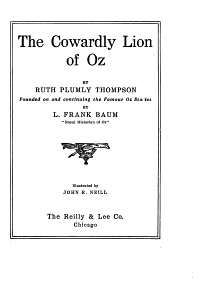 GET BOOK
The Cowardly Lion of Oz Book Review: 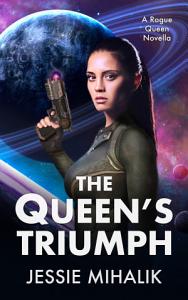 Queen Samara Rani knows she’s likely walking into a trap, but agreeing to meet with Commander Adams is the fastest way to get within striking distance of the Quint Confederacy’s biggest traitor and her sworn enemy. Adams attacked her home and destroyed her ship, and if he’s not stopped, he will ruin the tentative peace between the Kos Empire and the Quint Confederacy—and Samara’s chance at future with Emperor Valentin Kos. Samara is determined to serve up some well-deserved payback, but she is no longer a lone assassin, and despite her protests, her friends and allies refuse to let her undertake such a perilous mission without them. Even Valentin, usually the voice of reason, refuses to stay behind. Samara is loath to put her friends in danger, and taking a team carries its own risks, so she makes plans to keep them safe, no matter what the cost. When Adams threatens that safety, and everything she holds dear, Samara vows to show him exactly how she earned her deadly reputation—and why one should never cross the Rogue Queen. 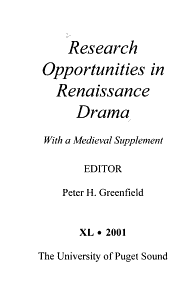 The triumphs of temper; a poem. With new original designs, by M. Flaxman [engr. by W. Blake]. 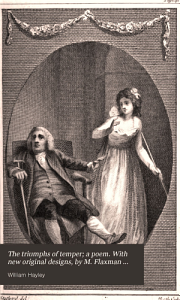 GET BOOK
The triumphs of temper; a poem. With new original designs, by M. Flaxman [engr. by W. Blake]. Book Review: 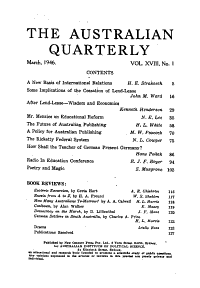 Petrarch, Laura, and the Triumphs 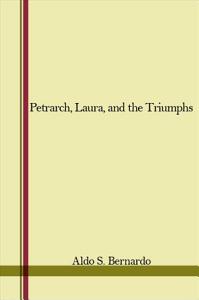 GET BOOK
Petrarch, Laura, and the Triumphs Book Review:

The Triumphs of Corruption, a Poem 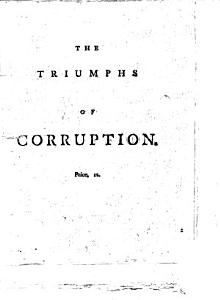 GET BOOK
The Triumphs of Corruption, a Poem Book Review: 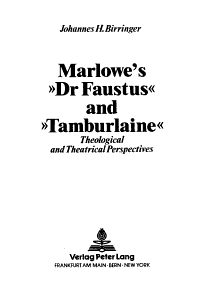 Within the context of Elizabethan critical theories on tragic drama and, more generally, on form and content, style, rhetoric and moral meaning in theatrical performance, Marlowe's major plays raise important questions about the possibility of innovation in poetics and dramaturgy on a stage which was hardly prepared to sustain the subversive self-display of the new Marlovian hero. After discussing two recent approaches (v. Balthasar; Derrida) to the definition of -orthodoxy- and -theology- in drama, Birringer examines the forms of ethical challenge inscribed within the Tamburlaine plays and Dr Faustus. Detailed analyses of the performance dynamics and dramatic styles in Marlowe's plays also help to clarify their particular status in relation to contemporary theatre practice and, especially, Shakespearean drama." 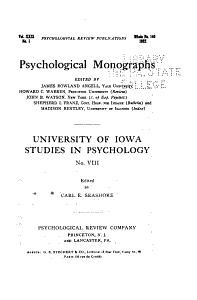