I Survived the Attack of the Grizzlies 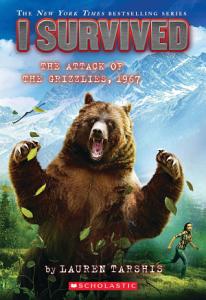 I Survived the Attack of the Grizzlies, 1967

GET BOOK
I Survived the Attack of the Grizzlies, 1967 Book Review:

Eleven-year-old Melody Vega and her family visit Glacier National Park every summer, but this year Mel comes face-to-face with a terrifying grizzly bear. 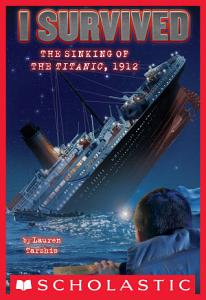 GET BOOK
I Survived the Sinking of the Titanic, 1912 (I Survived #1) Book Review:

The most terrifying events in history are brought vividly to life in this New York Times bestselling series! Ten-year-old George Calder can't believe his luck -- he and his little sister, Phoebe, are on the famous Titanic, crossing the ocean with their Aunt Daisy. The ship is full of exciting places to explore, but when George ventures into the first class storage cabin, a terrible boom shakes the entire boat. Suddenly, water is everywhere, and George's life changes forever. Lauren Tarshis brings history's most exciting and terrifying events to life in this New York Times bestselling series. Readers will be transported by stories of amazing kids and how they survived!

Night of the Grizzlies

GET BOOK
Night of the Grizzlies Book Review: 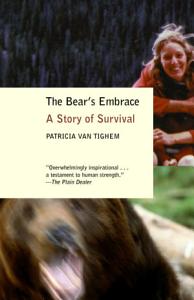 On a chilly autumn morning in 1983, during a relaxing escape to the Canadian Rockies, Patricia Van Tighem and her husband were attacked by a grizzly bear. Although they survived, their ordeal was just beginning. For years Van Tighem endured numerous surgeries as doctors attempted to reconstruct her face and ease her pain. The nightmares that haunted her carried their own psychological burden. In many ways she had to redefine her sense of who she was. Yet she was resolved to recover–as a survivor, a wife and a mother. Van Tighem’s tale is astonishing and beautifully written. Showing a resilience that has overcome even the most traumatic of events, The Bear’s Embrace is a truly inspiring testament to the power of the human spirit. From the Trade Paperback edition. 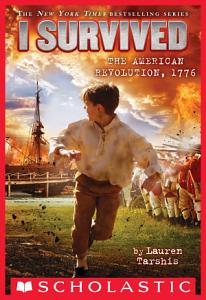 GET BOOK
I Survived the American Revolution, 1776 (I Survived #15) Book Review: 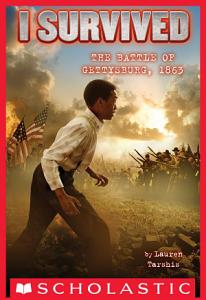 GET BOOK
I Survived the Battle of Gettysburg, 1863 (I Survived #7) Book Review:

The bloodiest battle in American history is under way . . . 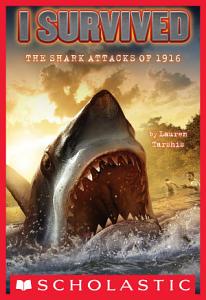 GET BOOK
I Survived the Shark Attacks of 1916 (I Survived #2) Book Review:

Based on true events! It's the summer of 1916 and the Jersey shore is being terrorized by a Great White shark. Can 10-year-old Chet and his friends survive a swim in the local creek?In the summer of 1916, ten year-old Chet Roscow is captivated by the local news: a Great White shark has been attacking and killing people up and down the Atlantic Coast, not far from Chet's hometown of Springfield, New Jersey.Then one day, swimming with his friends, Chet sees something in the water. . . 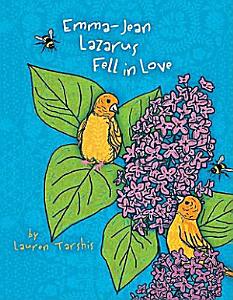 A heartwarming story from the author of the I Survived series The endearing, if not quirky, Emma-Jean Lazarus is back in the companion to Emma-Jean Lazarus Fell Out of a Tree. When Emma-Jean thinks about asking Will Keeler to the Spring Fling dance, she gets a fluttering feeling in her heart. What would someone like Will say to someone like Emma-Jean? After all, Emma-Jean is a little—different. Meanwhile, Emma-Jean's best friend, Colleen, has a secret admirer. With the Spring Fling just days away, she asks Emma-Jean to figure out who he is so maybe then Colleen could ask him to the dance. It's a perfect plan. But what Emma-Jean discovers could have consequences for everyone?.

I Survived the Destruction of Pompeii, AD 79 (I Survived #10) 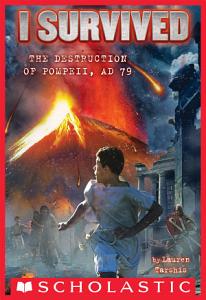 GET BOOK
I Survived the Destruction of Pompeii, AD 79 (I Survived #10) Book Review:

The beast beneath the mountain is restless...

I Survived the San Francisco Earthquake, 1906 (I Survived #5) 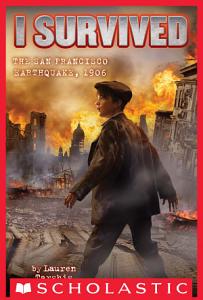 GET BOOK
I Survived the San Francisco Earthquake, 1906 (I Survived #5) Book Review:

The terrifying details of the 1906 San Francisco earthquake jump off the page!Ten-year-old Leo loves being a newsboy in San Francisco -- not only does he get to make some money to help his family, he's free to explore the amazing, hilly city as it changes and grows with the new century. Horse-drawn carriages share the streets with shiny new automobiles, new businesses and families move in every day from everywhere, and anything seems possible.But early one spring morning, everything changes. Leo's world is shaken -- literally -- and he finds himself stranded in the middle of San Francisco as it crumbles and burns to the ground. Does Leo have what it takes to survive this devastating disaster?The I SURVIVED series continues with another thrilling story of a boy caught in one of history's most terrifying disasters! 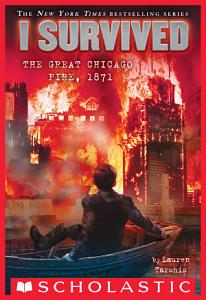 Could an entire city really burn to the ground?

GET BOOK
I Survived the Attacks of September 11, 2001 Book Review:

When Lucas decides to skip school because he wants to discuss football with a firefighter friend of his father, he finds himself caught up in the terrorist attacks on New York City. 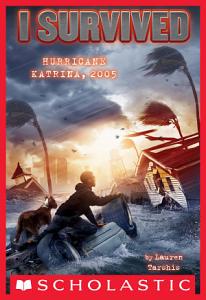 GET BOOK
I Survived Hurricane Katrina, 2005 (I Survived #3) Book Review:

The horror of Hurricane Katrina is brought vividly to life in this fictional account of a boy, a dog, and the storm of the century.Barry's family tries to evacuate before Hurricane Katrina hits their home in New Orleans. But when Barry's little sister gets terribly sick, they're forced to stay home and wait out the storm.At first, Katrina doesn't seem to be as bad as predicted. But overnight the levees break, and Barry's world is literally torn apart. He's swept away by the floodwaters, away from his family. Can he survive the storm of the century -- alone? 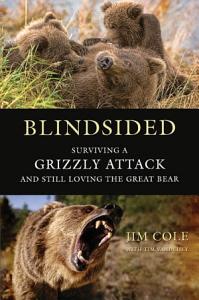 Jim Cole has spent years tramping into the depths of places like Alaska, Yellowstone National Park and Glacier National Park in search of grizzlies, seeing these magnificent, powerful and reclusive animals at their most unguarded—foraging, fishing, caring for cubs, or simply lying in the backcountry sunshine. At times, he's been surrounded by dozens of bears deep in the wilderness, yet has never felt threatened by these incredible and misunderstood creatures. Even after being mauled by a grizzly in 1993, Jim eagerly trekked annually into the bears' habitat, armed only with bear spray, his camera, and his knowledge of how to stay safe. But nothing could have prepared him for May 23, 200, when he was attacked in Yellowstone by a mother grizzly who felt that his presence threatened her cub. The bear literally ripped off most of his face, blinded him in one eye, and savaged him nearly to the point of death. Jim was left sightless, bleeding, wounded and alone in the wilderness. He managed to find his way several miles through the wild country back to a main road, where passersby found him. In part, Blindsided is a gripping, detailed account of that fateful day—how Jim survived an assault by one of the most unstoppable predators on earth and managed to carry himself to safety despite his gruesome injuries. It's also the story of how he recovered with the help and support of friends, family and a dedicated medical team, but perhaps most importantly, the book is a love story between and man and animal, a clear-eyed and affectionate look at the marvel that is the grizzly bear—its astonishing habits and intelligence, the threats it faces at the hand of man, and its hopes for the future. 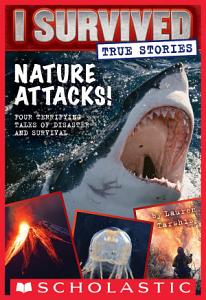 REAL KIDS. REAL DISASTERS. The author of the New York Times-bestselling I Survived series brings us more harrowing true stories of real kids up against terrible forces of nature. From fourteen-year-old lone survivor of the shark attacks of 1916, to nine-year-old who survived the Peshtigo fire of 1871 (which took place on the very same day in history as the Great Chicago Fire!), here are four unforgettable survivors who managed to beat the odds. Read their incredible stories: The Deadly Shark Attacks of 1916 The Great Peshtigo Fire of 1871 A Venomous Box Jellyfish Attack The Eruption of Mount Tambora 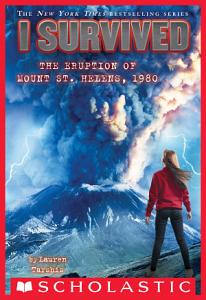 The mountain exploded with the power of ten million tons of dynamite... 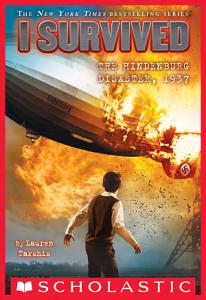 GET BOOK
I Survived the Hindenburg Disaster, 1937 (I Survived #13) Book Review:

New York Times bestselling author Lauren Tarshis provides a birds-eye view of one of America's most ghastly accidents ever be captured on film, the Hindenburg Disaster of 1937. 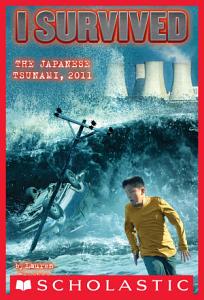 GET BOOK
I Survived the Japanese Tsunami, 2011 (I Survived #8) Book Review:

The disaster felt around the world . . . 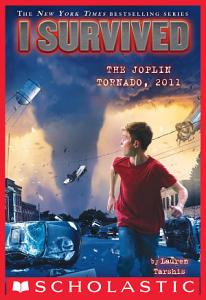 A destructive force is about to hit the city of Joplin...