Good Night, Red Sox follows in the long tradition of good night stories loved by children everywhere. The bedtime story takes children through the day of the big game good morning Boston as everyone wakes up in anticipation, good afternoon Red Sox Nation as everyone heads to Fenway Park, good evening Red Sox as the team take the field and game begins, and of course good night everyone as we say good night to Fenway Park, the players and young fans dreaming of their major league debut. Adorable illustrations and accurate drawings of Fenway Park and the Red Sox only found in Good Night, Red Sox. A home run for every young Yankees fan. Officially licensed by Major League Baseball. 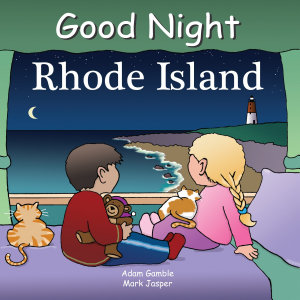 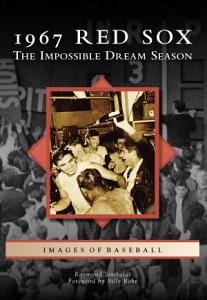 A photo-packed celebration of Boston’s 1967 pennant win. It was a summer that united a city and transformed a franchise. Led by 1967 MVP Carl Yastrzemski and Boston’s first Cy Young Award winner, Jim Lonborg, the youngest Red Sox team since the days of Babe Ruth went from ninth to first place in what remains the closest pennant race in baseball history. Tony Conigliaro, Rico Petrocelli, George Scott, Reggie Smith, Billy Rohr, Jerry Adair, and their teammates became household names to the Fenway Faithful as they carried the Red Sox to their first World Series in twenty-one years under manager Dick Williams—and this book is filled with personal reminiscences and photos of that glorious season. 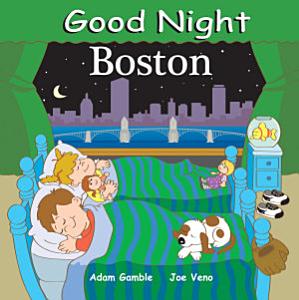 Say goodnight to the capital of Massachusetts! Boston is waiting for your family to explore. Watch as your toddler discovers everything the city of Boston as to offer, such as Fenway Park, Old Ironsides, the Boston Tea Party Ships, and so much more. Show them what makes our nation’s most historic city so iconic. This book is the perfect gift for little travelers everywhere, for birthdays, baby showers, housewarming and going away parties. With the Good Night Our World series, toddlers and preschool-age kids can build listening and memory skills by identifying famous landmarks and the distinct character of real places. Perfect for bedtime or naptime, reading simple, soothing phrases to your infant, toddler or preschooler will help them fall gently to sleep. Our readers love that their child will pick a favorite portion of the story to read along with you, and on top of that, these classic board books were built to last! Made from thick paperboard construction, it was designed with your kids in mind. Introduce stories of exploration to your little one using colorful illustrations and distinct vocabulary with Good Night Books, and be sure to look through our entire line of kids picture books about Boston, including Good Night Massachusetts, Good Night Cape Cod, Good Night Maine, and many more! Surprise your future traveler today with Good Night Boston! 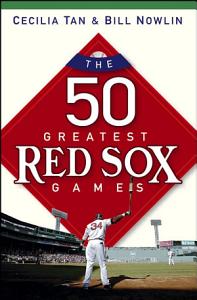 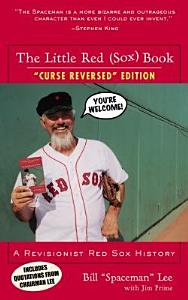 Inspired by Chairman Mao's infamous Little Red Book, ?SpacemanOCO Bill Lee offers an off-the-wall revisionist history of baseball's most colorful franchise, the Boston Red Sox. In addition to rewriting Red Sox history, Lee offers up his unique views on today's and yesteryear's game. With this hilarious take on Red Sox history, the Spaceman proves he's the true MVP in helping the Red Sox win the 2004 World Series and lift the Curse of the Bambino."

Boston Red Sox 101 is required reading for every Red Sox fan! From Pesky's Pole and the Green Monster to ending the 'Curse of the Bambino' in the 2004 World Series Championship, you'll share all the memories with the next generation. 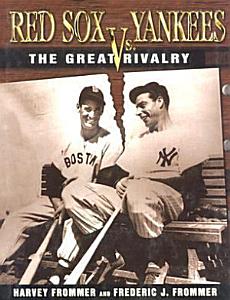 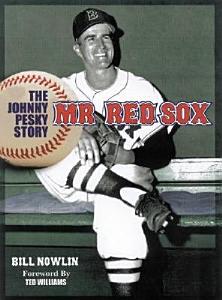 The first biography ever written about Boston Red Sox legend Johnny Pesky chronicles his nearly eight decades in the game, from his tenure as a "clubhouse kid" through his career as a major league shortstop to his roles as coach and talent scout. 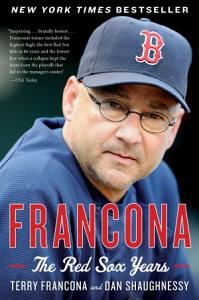 An insightful, honest & entertaining narrative of Terry Francona's tenure with the Red Sox franchise, during which time he managed two teams to World Series victories & oversaw some of the most iconic & colorful players in the game.

The Red Sox and Philosophy 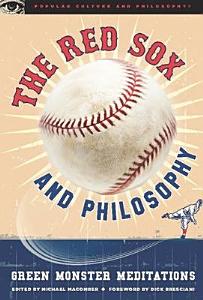 GET BOOK
The Red Sox and Philosophy Book Review:

Loyalty to a great cause raises some of the most profound issues in philosophy, and loyalty to the greatest of all causes, the Boston Red Sox, poses these questions in the sharpest possible way. The Red Sox and Philosophy brings together a team of thirty of America's leading thinkers (twenty-eight of them citizens of Red Sox Nation), to unravel some of the mysteries of the Red Sox. Can we adapt Anselm's proof of the existence of God to prove that the Red Sox are the greatest conceivable sports team? Why are Red Sox fans moral heroes? Can the science of sabermetrics be reconciled with the religion of baseball? Are pink Red Sox hats rationally defensible? These and other challenging problems are solved in The Red Sox and Philosophy. - Publisher. 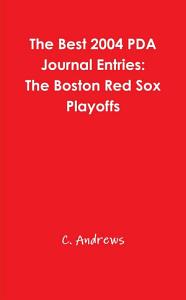 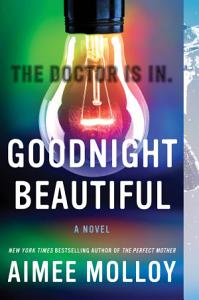 From “master of clever misdirection” (Kirkus Reviews) Aimee Molloy, author of the New York Times bestseller The Perfect Mother, comes an irresistible psychological thriller featuring a newly married woman whose life is turned upside down when her husband goes missing. A handsome psychotherapist. His lonely wife. And in his home office ceiling, a vent … You’d listen too, wouldn’t you? (You know you would.) Newlyweds Sam Statler and Annie Potter are head over heels, and excited to say good-bye to New York City and start a life together in Sam's sleepy hometown upstate. Or, it turns out, a life where Annie spends most of her time alone while Sam, her therapist husband, works long hours in his downstairs office, tending to the egos of his (mostly female) clientele. Little does Sam know that through a vent in his ceiling, every word of his sessions can be heard from the room upstairs. The pharmacist's wife, contemplating a divorce. The well-known painter whose boyfriend doesn’t satisfy her in bed. Who could resist listening? Everything is fine until the French girl in the green mini Cooper shows up, and Sam decides to go to work and not come home, throwing a wrench into Sam and Annie's happily ever after. Showcasing Molloy’s deft ability to subvert norms and culminating in the kind of stunning twist that is becoming her trademark, Goodnight Beautiful is a thrilling tale of domestic suspense that not only questions assumptions but defies expectations. 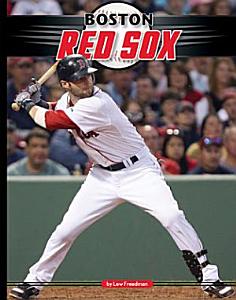 Inside MLB profiles each of the 30 franchises in Major League Baseball. Boston Red Sox is a beginner's history of the Red Sox, covering the beginnings of the franchise, the greatest and lowest moments of the team, and the best players and managers. Fun facts, anecdotes, and sidebars round out the story of each club, allowing your readers to get Inside MLB! SportsZone is an imprint of ABDO Publishing Company.

"The ultimate alphabet book for every young Red Sox fan"--P. [4] of cover. 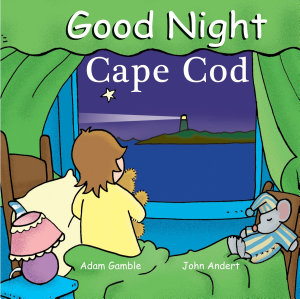 From lobsters and lighthouses to cranberry bogs and whale watches, this delightful board book will please young and old salts alike. It's the very first title published in the Good Night Books series and is still one of the most requested. This story includes scenic landmarks and ocean wildlife such as the Cape Cod Canal and bridges, herring runs, fishermen and ferryboats, beaches, Barnstable County Fair, Cape Cod clam bakes, seals, kettle ponds, peeper frogs, and more. 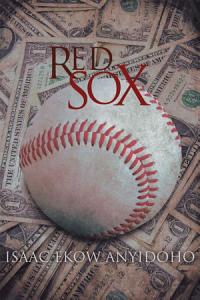 So, this is it; and how far I can go. Frankie who after much troubled childhood effects found himself as a National Service personnel working in the interest of the Nation after his tertiary schooling in a health post quickly realized that he is among the top Players of the game. All other efforts for him to justify his inclusion fails as he willing prevented himself to be wanted by the damsel around who saw his as a perfect Guy to woo, tame and keep for life. All other wonders, for he does not smoke, drink alcohol and does not rat race with the other boys after girls; so what at all thus he use his money for? As others perfect themselves in the flirting game he see and thinks of other things so much that he can not enjoy himself as the little pleasure around him was almost sinful to look upon, sadly his perpetual help of bailing his friends after adventures of night and sex life with his money did not come back as he losses on all front, finally wishing to move elsewhere in life. 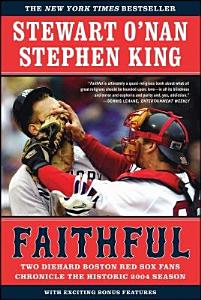 A chronicle of the Boston Red Sox's 2004 baseball season features a running diary of observations, arguments, play analyses, and controversial management decisions, as recorded by a pair of best-selling horror writers and diehard Red Sox fans. 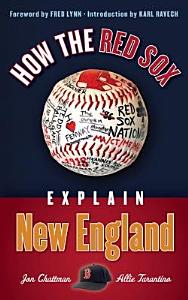 An examination of the unique affinity New Englanders have for their Red Sox, this work illustrates how the storied history of the franchise mirrors that of New England itself. Founded in 1901 and playing in front of sold out crowds at Fenway Park for more than a century, the Boston Red Sox are far and away New England's most beloved franchise, and this work features topics such as the team's relationship to the Kennedys, the comparison of fans' treatment of Bill Buckner to the Salem Witch Trials, the fans inside an Irish pub in one of Boston's toughest neighborhoods, and travels to a miniature replica of Fenway Park in a small Vermont town. Entertaining and informative, "How the Red Sox Explain New England" is sure to be popular among one of sports' most passionate and dedicated fan bases. 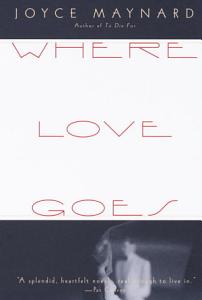 From the author of To Die For comes this poignant, stirring, and occasionally hilarious story of a woman's attempt to remake her life after a searing divorce. Maynard's novel captures love as one approaches middle age in contemporary America.